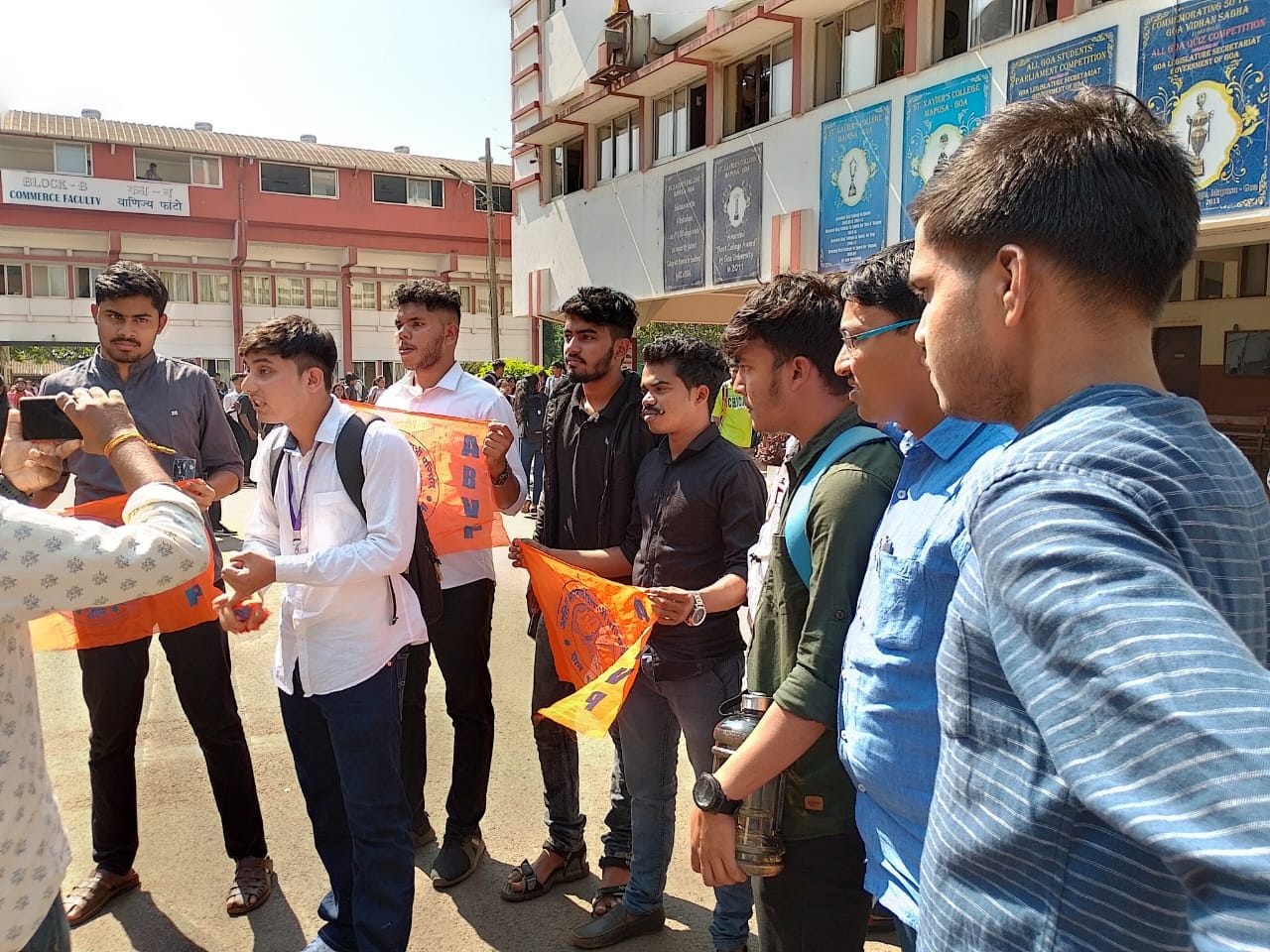 St. Xavier’s admin deliberately delayed the swearing-in ceremony of the elected Students’ Council of St. Xavier’s College in Mapusa (Goa), as Akhil Bharatiya Vidyarthi Parishad (ABVP) has won this prestigious General Secretary position of the Students’ Union. More than 75 days have passed since student union elections were held at the St Xavier’s College of Goa University. 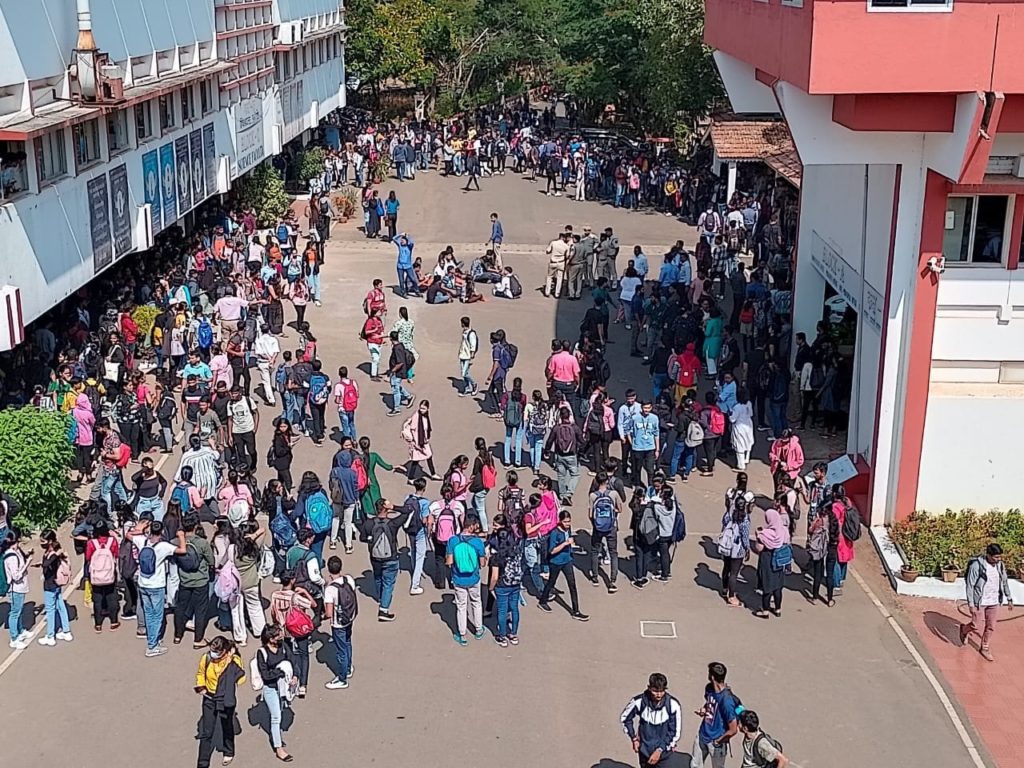 ABVP’s protest on Saturday was peaceful and only after scores of requests by elected student representatives fell on the deaf ears of St. Xavier’s College administration, so much so that they objected to receiving any request letter for over two months now.

ABVP demands immediate induction of the Students’ Council of the college or else the Mapusa unit of Akhil Bharatiya Vidyarthi Parishad (ABVP) will be forced to continue its agitation against the biased college administration.

The elections to the students’ council were held on 08 November 2022. After that, for more than two months the formal induction of the council members is not conducted. This was unhealthy for the student community since they were unable to participate in any intercollegiate event because of the uninstalled council.

Students’ Council forms the backbone of students for any grievances and students look to this body as a guide for their talent to be delivered on large scale. Since the last three years, there have been no proper student council elections. In the year 2020, it was understandable as campuses were locked down due to Covid-19. For the 2021-22 batch, the elections were held but with a fractured process. This year (2022-23) the election process was held and all the posts were elected. ABVP won the Council and Sahil Mahajan won the General Secretary post. But still, after almost 2 months, the induction ceremony has not been held. This is a serious concern for the overall development of students.

The college council elected members tried to meet the principal to ask for the date for the installation of the council formally. A date was announced for induction but on the morning of that day, an announcement was made that the program has been canceled. Students thereafter asked the principal reasons for such uncertain cancellation. But there was no response from the principal and the administrator. After three such informal meetings, ABVP intervened and tried submitting a memorandum to the college. But the college also refused to accept the memorandum. After this on the 10th of January ABVP delegation again went with a letter demanding induction which was again not accepted. This time ABVP gave a final warning of 10 days and informed them that if the induction ceremony is not conducted, they may have to face a protest on the 11th day.

On 21st January 2023, the ABVP delegation, GS Sahil Mahajan, and council members tried meeting the principal but the efforts went in vain. Students gathered on campus and started protesting and demanding the immediate installation of the Students’ Council. The students largely participated in the peaceful protest but the administration made students go away by threatening them. After 4 Hours of sloganeering and protest, the principal was still not ready to meet the students. The Mamlatdar of the Taluka and SDP then intervened and took the matter to Deputy Collector. The next meeting is now scheduled at the Deputy Collector’s office on Tuesday, 24th January 2023.