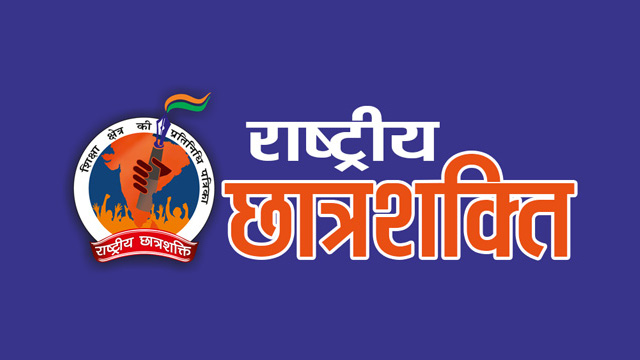 In 21st century, the parameter of overall development of a nation depends on the better educational system of that country. The Indian educational system can be re-established in its original form by adapting in it quality, skilfulness , social values, spiritual guidance and patriotic sentiments. Boosting of Indian thought, method and several genres in education will provide ‘internal power’ to Indian education. The analysis of education in India is related to national elements and social concerns. The Gurukul system sustained due to its national interest and continuous contact with the society. Acharya Chanakya had considered awakening of national sentiment with education an important factor, the same sprit is being followed by National institution established by Lala Lajpat Rai before independence. where on one hand, the work of social transformation has been done assertively br Mahatma Jyotiba Phule and Savitribai Phule, on the other hand the great tradition of Nalanda , Takshashila has been presented in current education system by Malviya Ji with an example of Banaras Hindu University ( BHU). Hence, ABVP firmly believes that inclusion of these expected factors in Indian Education is highly important. The National Executive Council of ABVP demands that these point must be included in the muchanticipated National Educational Policy (NEP).

With several psychological experiment globally , the fact that primary Education must be conducted in mother tongue has been established which leads thoughtfulness, better memory and improvement in fundamental thinking. It is not only suitable for expertise in science, but also to achieve expertise in all the subjects. ABVP has been continuously demanding that the primary education must be done in mother-tongue and local languages must be preferred in school education system.

The various parameters considered for the development of nation such as gross domestic product (GDP), Human Development Sensex etc. too acknowledge the importance and central role of education. Educated and qualitative work force is the actual resource of a nation. To come forward on the path of development Europe, East Asian and South East Asian countries have made there educational systems strong and skilful which is full of respectful sentiments towards the local language and the nation. The countries which were once fighting with an education and poverty have overcome these challenges with inclusion of skill-developmental syllabus in the education system which has opened new ways for employment and entrepreneurship taking leading position in technological knowledge. The National Executive Council of ABVP demands inclusion of qualitative skilful syllabus in Indian education system so that, in the coming decades India does not only lead in service sector but also come forward in technical and manufacturing sector. The knowledge of various process in manufacturing techniques due to learning and reading local languages, can be made available for the larger section of people in the society. Favourable policies help increase in production but the presence of larger number of hi-tech skilled workers establishes one country as the centre of Manufacturing in international prospective. So this NEC of ABVP believes that skill education in our own languages will be beneficial in order to take the production base on Indian technology to the leading position in international scenario.

Along with quality skill education to make aware about Human values, constitutional duties is also the object of education. For being a good citizen, social understanding, awareness about constitutional duties will develop a healthy society. So Akhil Bharatiya Vidyarthi Parishad Clear stand is that these basic point must be included in education.

Just as the tree can not survive it’s roots, the society can not contribute in the growth of the nation by leaving behind there traditions and knowledge and values in the same way. Hence, making required changes educational system, the brave stories and tales of great personalties, freedom fighters, tribal traditions and legends must be included in the syllabus so that the true picture of our country gets highlighted. the incidents of army and it’s valour in recent times must also be included in the syllabus. the newly elected government of Rajasthan hurtled the respect of Maharana Pratap and removed Veer Savarkar from the curriculum which they had to forcibly take back. This step is inspired by communal appeasement and disgusting mentality which Diverts education from its social goals. the NEC of ABVP believes that these value points and ideals give inspiration of life to the young generation.

India is an agriculturally prime country and agriculture has made India food sufficient on its own. Hence, agricultural science must be taught in the syllabus so that new technologies bare developed and India moves steadily towards sustainable development goals. The glorious scientific tradition and the leading role of India with regard to law of gravitation, numeric , mathematics, algebra, astronomical science, architect etc. has been acknowledge today by the Manchester University and other international institutions. The pure grammar of Sanskrit and other Indian languages is today used in the development of artificial intelligence. The direction of on laws and constitution must also be towards providing primary educational in regional languages. ABVP presents it’s demands to make necessary amendments in this context. Hence, this NEC of ABVP demands from the youth and policy makers that a vast knowledge of Indian cultural values should be inculcated in the education so that the universe is benefited and the foundation for the re-construction of 21st century India can be developed