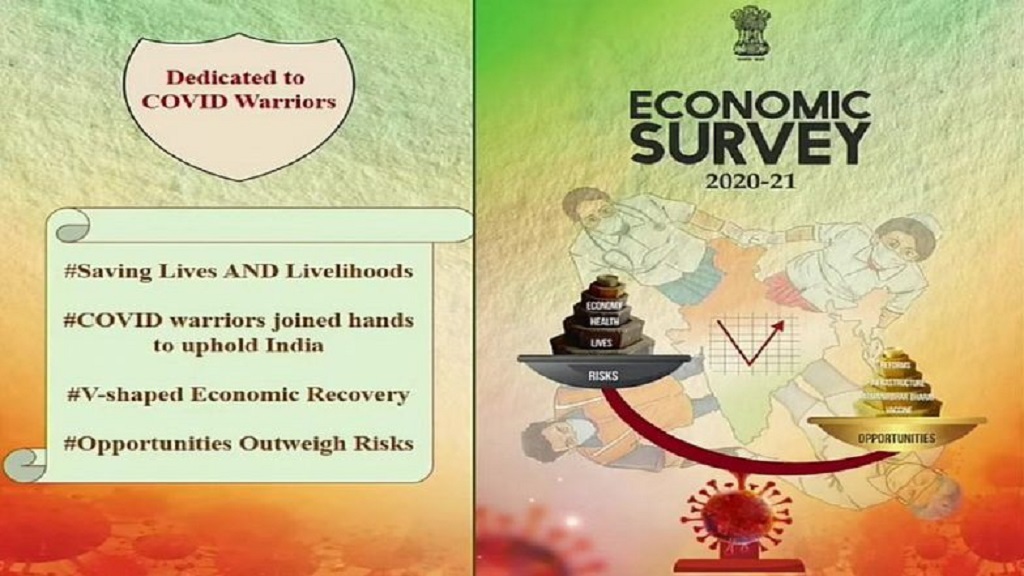 Akhil Bharatiya Vidyarthi Parishad (ABVP) believes the prospects of India’s economic growth enumerated in the Economic Survey of India 2020-21 are encouraging, and hopes for increased cooperation as well as unity of purpose among various organs of the state to actualise the nation’s true growth potential. ABVP also expects that the government will institutionalise measures to ring-fence the economy against the impact of Covid-like crisis in future.

The Economic Survey, while appreciating the government’s response to the pandemic, assesses its ramifications and predicts a V-shaped economic recovery for India. Similar predictions have been made by the International Monetary Fund (IMF) recently. The Survey emphasises on the need for a slew of structural economic reforms including employment augmenting labour law reforms and an expansionary fiscal policy with government-led investments aimed at actualising India’s real growth potential in an expeditious manner. Moreover, it highlights the progress made in the field of research and innovation, wherein India now ranks amongst the top 50 R&D nations and urges the policymakers to boost the R&D budget for faster growth and increased prosperity. The Survey, while exposing the flawed and inadequate methodologies adopted by global credit rating agencies, draws attention to India’s strong economic fundamentals and calls for sustainable economic growth for reducing inequalities and alleviating poverty.

Nidhi Tripathi, National General Secretary, ABVP, said, “It is heartening to see that the Economic Survey of India 2020-21 has been dedicated to corona warriors, the real heroes among us who made monumental sacrifices to save lives and livelihoods. India becoming a leading R&D nation is a testament to its enormous research and innovation potential. We are hopeful that speedier and deeper structural reforms across sectors will assist us in actualising our real growth potential with increased employment avenues for our youth as soon as possible.”