Eventually the awaited ultimate agitation ` has been the reality on the Raj-path of Rajdhani Agartala, in the state of Tripura. The street rally has indeed created history in the state of Tripura since no other students organisation could demonstrate such a huge and enormous rally before. Students of all the twenty-two colleges across the state have actively participated and had been completely able to outburst their dormant languishments over many important burning issues which had been neglected for last two decades, in the tarnished reign of left government.

The prime and foremost demand was to hold student council election in the colleges of Tripura to help resolve all the persisting issues like   providing pure drinking water, installing CCTV Cameras, setting up Active placement cell, disbursing scholarship on time, arrangement for the fair admission process. Upgradation of college lavatories and proper sanitation level. 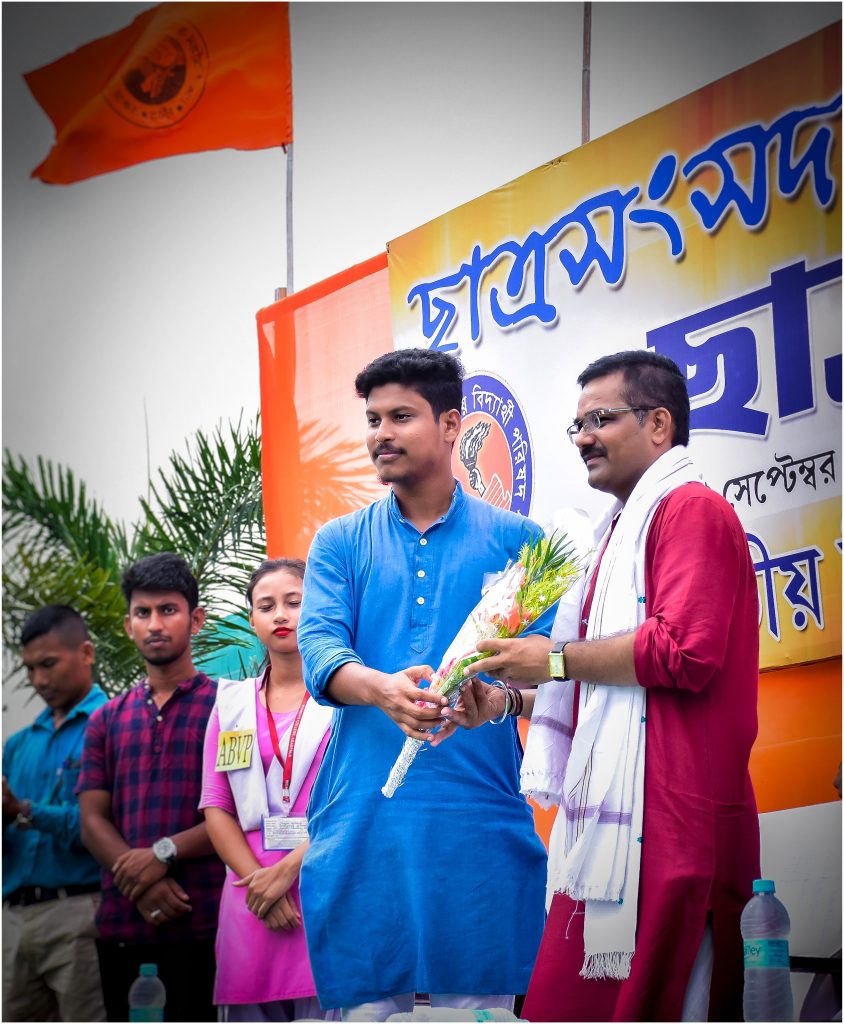 Students although were demanding for the aforementioned burning issues to resolve for decades but would have been getting ignored and betrayed by the lefties rather there were utterly different kinds of exploitation and malpractices happened to be I consequences. Here was panic ad havoc among the students.

Besides, it must be mentioned that almost all the college councils were the hub of all destructive planning and indulgence.

Akhil Bhartiya Vidyarthi Parishad students from all the twenty-two colleges amassed at the most popular and heart of Rajdhanii Agartala Rabindra Shatabarshiki Bhawan- front and initiated the historic rally on the raj path of rajdhani ;Agartala. ABVP karyakartas demonstrated their demands and took round the prime route of  Agartala city and trembled in demands to hold Students Council election immediately.

Almost five thousand Five hundred Karyakartas took part in the protest-rally and formed the unprecedented and vibrant rally and virtually the roar of demands has shaken the Rajdhani and succeeded to draw the serious attention of education minister, Shri Ratan lal Nath to hand the charter of demands who assured to materialize the demands soon besides holding Students Council Election at earliest.