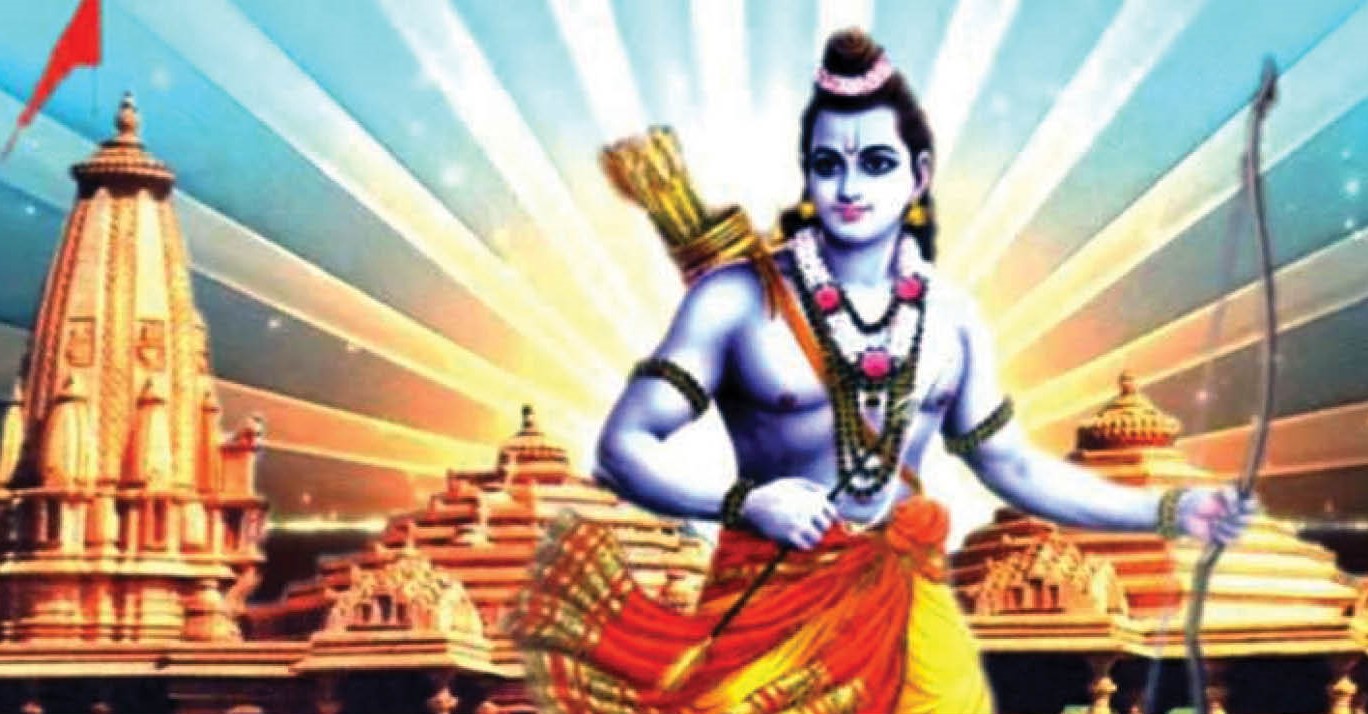 Abhishek Tondon
The dispute is traced back to 1528 when Babar invaded Oudh and is supposed to have ordered demolition of Ram Janmasthan Mandir through his Commander Mir Baqi. The traveler accounts traced from 1608 record the said fact. The fact of the place being divinity for Hindus is recorded as much as the fact of Masjid being built there. In spite of Muslim Rule followed by Christian Rule commenced through East India Company until formal transfer of power to British in 1858, the worship in the place continued. In fact it has been recorded by several foreign travelers and British Gazetteers. The most significant fact is recorded in a judicial proceeding in 1886 by a British Judge that the Babri Masjid was built on a place considered most holy by Hindus. However, invaders and conquerors had no reason to respect the faith of inhabitants.  Despite the Muslim Rule followed by the British Rule the faith continued and people continued to worship.

British policy of divide and rule was physically enacted by dividing the place by erecting a grill partition in 1857. Hindus access to place of Birth was sought to be restrained. However, the worship of the place of birth continued from a distance from outside the grill.  Attacks and counter attacks continued to have control over the place.
It is interesting to note that the Janmasthan is surrounded by Hindu temples and residences of Hindus. It only points to the fact that the Masjid was built after demolition of a temple. The location of Babri Masjid even as per Sunni Wakf Board is known as Ram Kot, i.e., Fort of Ram, well quite an irony. Still it is for the Hindus to prove that it was birth place. The recently concluded litigation commenced even prior to the Constitution coming into force on 26 January, 1950.
The struggle for access resulted in skirmishes in 1934 with Hindus gaining control over the premises, though the Muslims claim to have control till December 1949.  It is interesting that after the installation of Idol in December 1949, none of the resident Muslims even cared to file a Police Complaint or seek recovery of premises for namaz. On the contrary several resident Muslims have filed affidavits in a criminal proceedings initiated by Local authorities in December giving up all claims over the Masjid. Immediately in January1950 a Hindu worshipper approached court and sought protection to continue his worship of Janmasthan and the idol installed there. Until 1961 December no contrary claims were made. In 1961 a suit was filed by Sunni Wakf Board to declare the place as public Mosque. In 1989 a suit was filed by next friend on behalf of Idol and Janmasthan seeking declaration that the entire premises be declared as that of Janmasthan. In 1992 the structure was brought down, for which criminal proceedings were initiated. The structure while it lasted had several Kasauti pillars with carving of Hindu symbols and idols. In order to ascertain the truth the High Court directed excavation by Archaeological Survey of India with representatives of Hindus and Muslims . The excavation was supervised by Judicial Officers and was also recorded. In the excavations several layers of structures were discovered which indicated existence of a massive structure in the nature of a Hindu religious place was found. The said report confirmed the faith of Hindus regarding existence of a temple, which was demolished and a Masjid was built.

The HC on the strength of evidence by way of independent publications of travelers, Gazetteers commencing from 1608 onwards and ASI report rejected the case of Muslims. However gave them 1/3 share in the disputed site on the strength of user as mosque. Another 1/3 was given in favor of a sect, Nirmohi Akhara, who claimed control over the premises as temple trustees and 1/3 including the place under the central dome which was always considered to be Janmasthan to Hindus. It is this bifurcation which was challenged by all 3 parties. The appeals were heard from 6 August 19 till 16 October 2019 for 40 days by Supreme Court of India. Sri K. Parasaran and Mr. CS Vaidyanathan Senior Advocates led the arguments for Hindus and Mr. Rajeev Dhawan, and Mr. Jilani Senior Advocates for Muslims.
The case of Muslims was that in 1961 the mosque was built on “virgin land” built by Babar who conquered and occupied the place. The ASI report demolished this theory and confirmed existence of non Islamic place of public worship traceable to 10 AD. built during the period of Vikramaditya. Admittedly, No namaz was offered there since December 1949.
Muslim witnesses state in their evidence that Ayodhya is to Hindus what Mecca is to Muslims.
They admit that the belief of Hindus that Ram was born in Ayodhya and the present Ayodhya is the same Ayodhya. They say that Janmasthan is not the disputed place but few yards away.  In the course of arguments in Supreme Court their Senior Advocate accepts on the basis of a 1886 judicial order that Janmasthan is outside the grill erected by British in 1857, which is about 50 feet away from where Hindus always believed it to be.

Supreme Court (SC) bench comprising of five judges pronounces a uninanimous judgment and ruled in favor of the Ram Janmabhoomi and said there will be Ram Mandir at the disputed site and Muslims will be given an alternate 5 acre land for their mosque. Further, SC has directed the centre government to form a trust to build the ram temple literally forcing out several private parties staking claim. Government at Centre , states and civil society should be given credit for accepting the judgment gracefully and showing respect to the constitution.

(Author is Dy. Director at ICSSR)

(This is the personal opinion of the author)