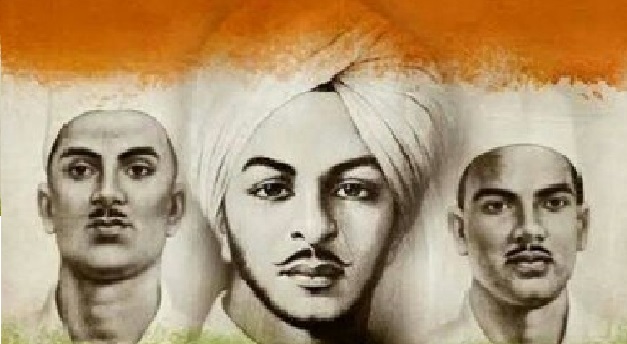 This year we are allset to celebrate 89th Martyr’s Day on 23th of March 2020 the sacred memory of  the martyrs  to pay tribute to three extraordinary revolutionaries of India who were hanged to death by the British namely Bhagat Singh, Shivaram Rajguru and Sukhdev Thapar.

23 March;the anniversary of the deaths of Bhagat Singh, Sukhdev Thapar and Shivaram Rajguru on 23 March 1931, in Lahore (Pakistan), is declared to be Martyr’s Day.

Interestingly,in our nation; there are six days declared as Martyrs’ Day. They are named in honour of those who are recognised as martyrs for the nation of which ,23rd March and 30th January  happen to be acquinted to most of our citizens.

Needful to menion that, 30 January Martyr’s Day or Shaheed Diwas is celebrated in the memory of Mahatma Gandhi besides the 23rd of March as mentioned afore.

On the Shaheed Diwas,we  pay homage to the victims who fought for the freedom, glory, welfare and progress of India.Like Bharat, other fifteen countries around the world too celebrate Martyr’s day to extend respect and homage to the divine Martyrs. Onthe forthcoming Martyr’s Day on 23rd March we will  pay tribute like we have been doing since the day of occurance to three extraordinary revolutionaries of India who were hanged to death by the British namely Bhagat Singh, Shivaram Rajguru and Sukhdev Thapar.

All of them have been in the holliest memory of all the citizens of Bharat.No doubt, all the martyrs of our country had sacrificed their lives for the welfare of our nation but for veer Bhagat Singh,Shivram Rajguru and Sukhdev thapar the sacrifice and patriotisn was of extremene level  in such a delicate age and maturity common humanbeings just cant hink even to go so high with the passion of love for nation.

The most unforgetable incident must not be left to mention that On 8th April, 1929 Bhagat Singh and his companions threw bombs over the Central Legislative Assembly by chanted the slogan “Inquillab Zindabad”. They were charged with murder cases for this,  and on 23rd March, 1931 they were sentenced to death. Their bodies were cremated at the banks of the Sutlej River.

The National Martys memorial whre uncounmtable visitors and patriots everyday visit to mark their homage and deep respect for their noble cause and sacrifices of highest possibility for manking  .

We must salute to the departed souls that at such a young age, they came forward with such a high mission and for the independence they fought with bravery. So, to pay homage to these three revolutionaries on the coming Martyr’s Day on 23rd March. We do know Martyr’s day is also celebrated since there is no any greater sacrifice known to mankind than to lay down one’s life in the defense of the nation.Moreover;It is the cause ,not the death, that makes martyr, Napoleon Bonaparte said

On Martyr’s Day the Pressent, the Vice President, the defence minister and the three Service Chiefs gather at the samadhi at Raj Ghat memorial and lay wreaths decorated with multi-colour flowers. The armed forces personnel blow bugles sounding the Last Post. The inter-services contingent reverse arms as a mark of respect. A two-minute silence in memory of Indian martyrs is observed throughout the country at 11 am. Participants hold all-religion prayers and sing tributes.

Martyrs’ Day is an annual day observed by nation to salute the martyrdom of soldiers who lost their lives defending the sovereignty of the nation. Like our nation,other few countries too celebrate the day to pay homage to the martyr  who died or who was killed in action or in detention, or was awarded capital punishment while participating in the national movement for emancipation of India. It includes ex-INA or ex-military personnel who died fighting the British.In this significant context, we might note that, The first martyr of the revolt was Mangal Pandey and the war was the result of accumulation of many factors over time. The rebellion of 1857 is considered the first blow that came to shatter the British rule in India.and The very first lady martyr was Pritilata Waddedar who even believed to be the Bengal’s First Woman Martyr. Her name might be buried under the dust of time, but if ever it pops up, everyone remembers her as the iron lady of Bengal. After telling you about the story of Jhalkari Bai, let’s take our series of India’s unsung woman heroes ahead.

We must spread tis most important news and information to all the school and college students who surprisingly and painfully are yet not aware of such a great historic day yet..Martyrs’ Day is an annual day observed by nations to salute the martyrdom of soldiers who lost their lives defending the sovereignty of the nation. The brave hearts who have really made history ..are the martyrs.

While writing this article ,a very sensitive dialogue is ringing in the back of my mind with a buzzing sound that the greatest hero of free India movement,Subhash chabndra bose who said “It is blood alone that can pay the price of freedom. Give me blood and I will give you freedom.”

Indeed,in the blood of the martyrs to tolerance are the seeds of unbelief.Uncountable numbers of Men and women ,irresperctive of caste,community ,race and ages had to sacrifice their lives in the historic fight of of our nation.

I was so wrong ,I have been astonished that men could die martyrs for religion, nation, I have shuddered at it ,I should no more, I could be martyred for my religion, love is religion, I could die for that. This strong feelings repeatedly shaking me,my mind ,my soul to stand ready in the name of those who happily,blithely paced ahead in the fioght of making our nation free from the darkest reign of British.

I must mention here that Bhagat Singh together along with his companions Rajguru, Sukhdev, Azad, and Gopal fought for the assassination of Lala Lajpat Rai. Bhagat Sing became an inspiration for youngsters due to his daring adventures. He with his companions on 8th April, 1929threw bombs over the Central Legislative Assembly by reading the slogan “Inquillab Zindabad”. And for this, a murder case was charged against them. On 23rd March, 1931 in the Lahore Jail they were hanged. Their body was cremated at the banks of the Sutlej River. Let us tell you that a big Shaheedi Mela or Martyrdom Fair is held in the birthplace, at the National Martyr’s Memorial in the Hussainwala or Indo-Pak border.

On this day not only Prime Minister and chiefs of the armed forces salute the martyrs at India Gate but also common men show their gratitude towards them by giving up their normal activities for some time and observing silence for 2 minutes.

Sirens are blown at every government establishment around 11 am. At that time everyone, be it in industrial units or government offices even the commoners stop their work and observe silence for two minutes as a remembrance of the martyred souls. The siren again blows after two minutes, i.e. around 11.02 am allowing resuming work.

The day sees the triumphant celebrations, showcasing the latest weapon achievement and advertising military might.

I ,in association with all the readers of his touching article  in the most sincere way do extend our supreme gratitude and indebtedness to the martyrs for whose sacrifices we are on Today ,today with the liberty to speak,to walk to feel that we are alive with chices to live better.