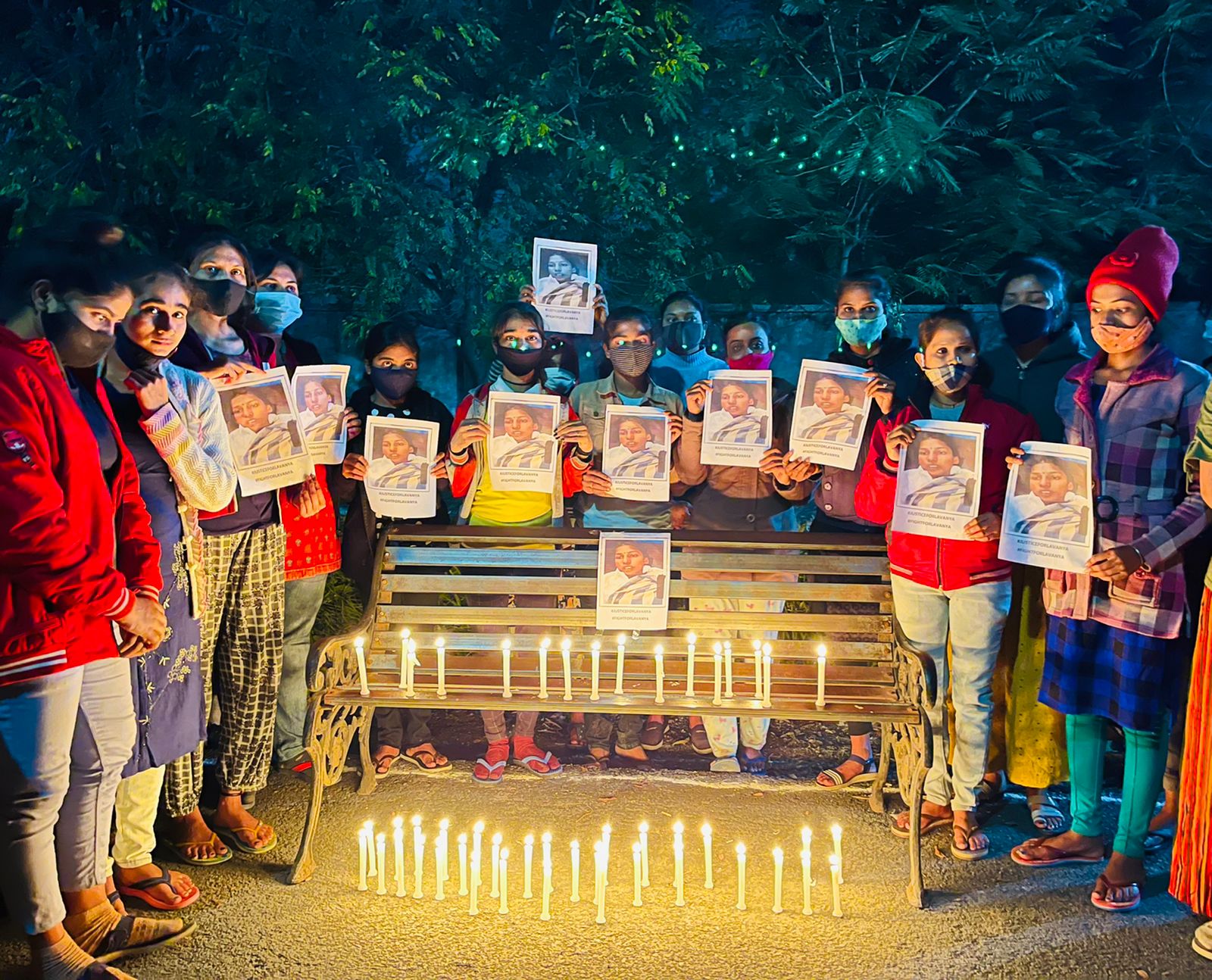 On the completion of one month of the suicide of 17-year-old Tamil Nadu student Lavanya, who committed suicide due to pressure of conversion, candle marches were carried out by ABVP units across the country, emphasising the demand for justice and paying emotional tributes.

It may be noted that in the last one month every effort has been made by the Tamil Nadu government to weaken the Lavanya suicide case and suppress the demand for justice. Following the order of the Madras High Court, the matter has gone to the Central Bureau of Investigation for investigation. Meanwhile, the police have been accused of torturing Lavanya’s family along with forcing them to withdraw the case. ABVP, from the very beginning, was agitating across the country under the leadership of National General Secretary Ms. Nidhi Tripathi for a fair investigation into the matter. A total of 32 activists, including Ms. Nidhi Tripathi, National Secretary Mr. Muthu Ramalingam, National Secretary Mr. Harikrishna, have been lodged in Tamil Nadu jail for the last 5 days due to the spirit of vengeance by the Government of Tamil Nadu. ABVP activists took out candle march across the country today and took a pledge that they would take Lavanya’s fight for justice more vigorously.

ABVP’s National Secretary Kum. Sakshi Singh said, “The kind of vendetta being played by the DMK government of Tamil Nadu against the students fighting for justice is condemnable. Yesterday’s re-registration of baseless cases against 12 ABVP activists proves that Tamil Nadu government desperately seeks to obstruct Lavanya’s way of justice.”

ABVP National Secretary Rakesh Das said, “On the completion of one month of Lavanya’s death, ABVP activists have taken a vow that they will fight the brutality of the state government and the war of justice for Lavanya with all their valour. Will take this fight till the desired end.”