e-Magazine
After a release from 8 days of custody, National General Secretary of ABVP Ms Nidhi Tripathi grandly welcomed on her arrival at Delhi. 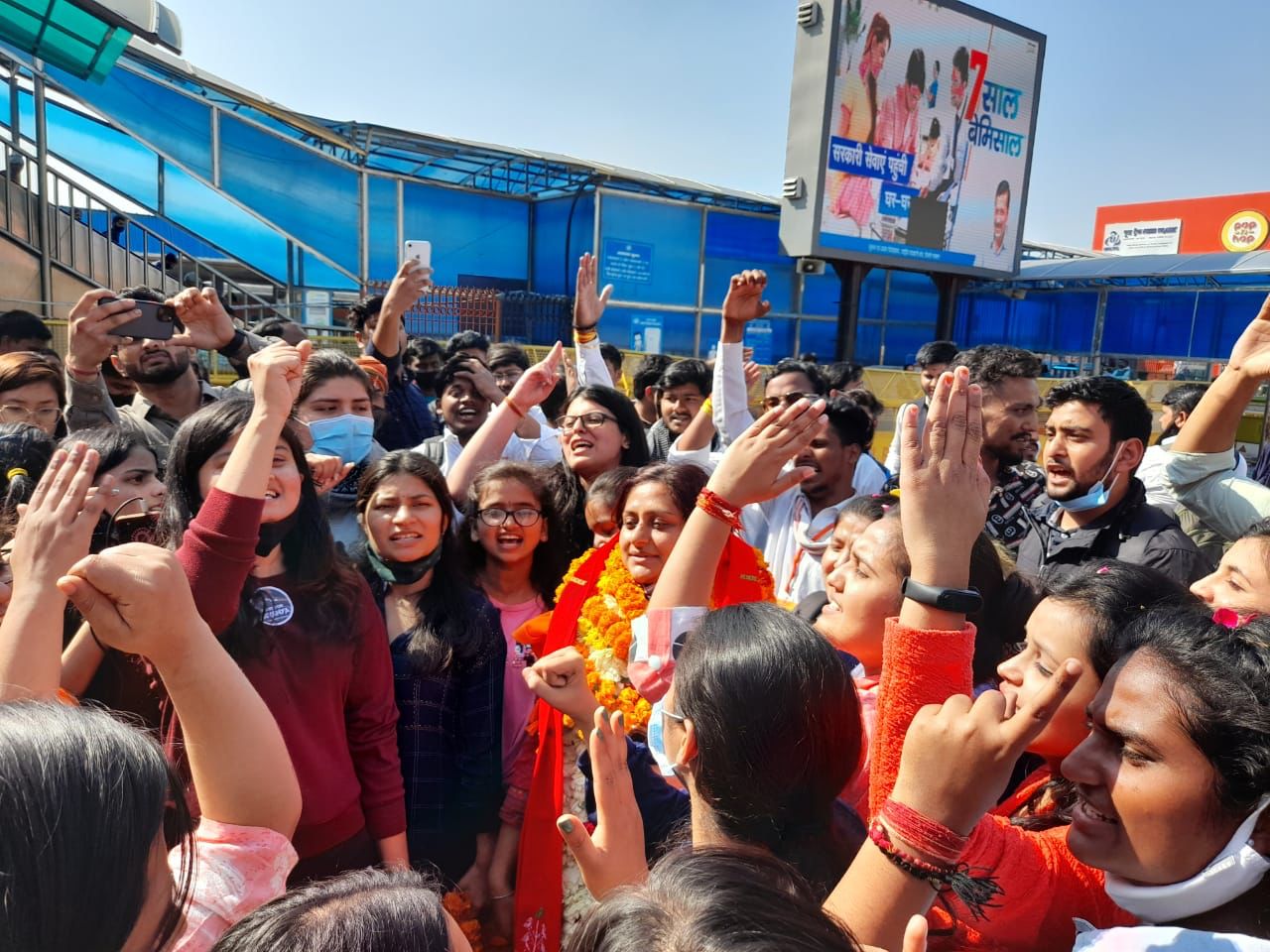 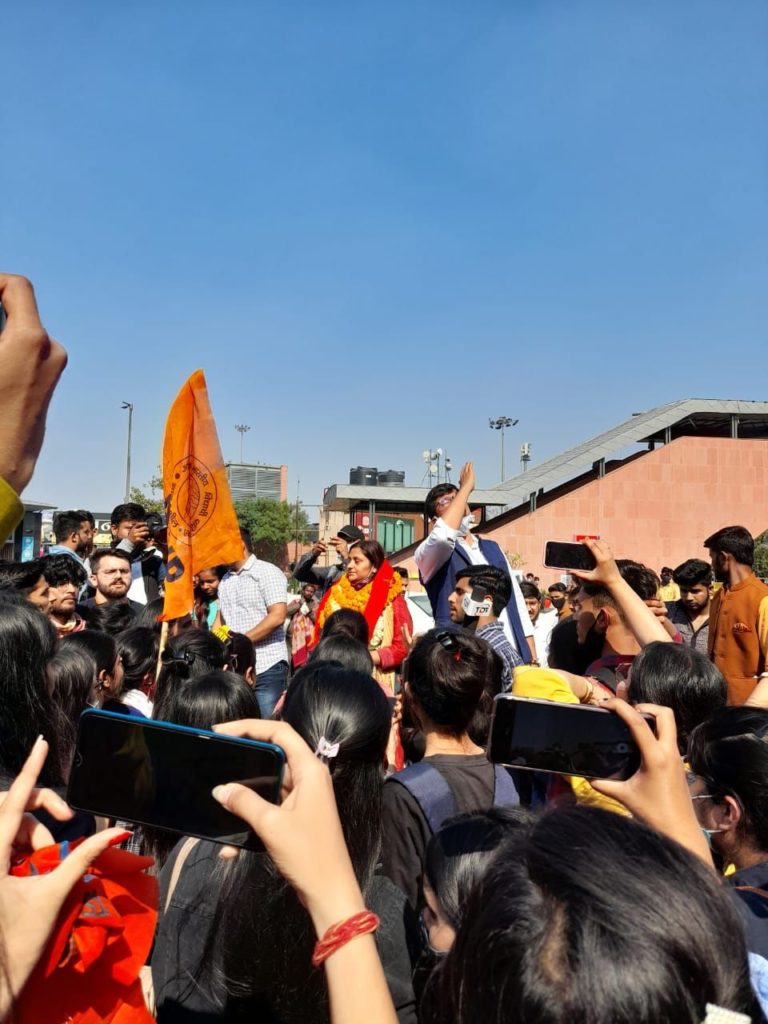 It must be known that on February 14, National General Secretary of ABVP, Nidhi Tripathi, along with 31 other activists, was protesting in front of the Chief Minister’s residence in Tamil Nadu to seek justice for Lavanya in the Lavanya suicide case during which, misusing the Constitution, she was falsely accused and arrested. ABVP has been continuously protesting across the country to seek justice for Lavanya, as a result of which a CBI inquiry was ordered by the Supreme Court to provide Lavanya with the deserved justice. ABVP’s National General Secretary Nidhi Tripathi and other activists got released on an unconditional bail from the Hon’ble Court on February 21.

ABVP’s National Media Convener and Delhi State Secretary Sidharth Yadav said, “Our workers were tortured in jail by the Tamil Nadu government for 8 days in the Lavanya case, but they could not break the courage of our karyakartas. We have been fighting continuously for the last several days to get justice for Lavanya and will continue to do so. We also want to assure that no matter how much the government and the administration will try to save the culprits, we will do our best and will rest only when the culprits would be punished. Our fight will continue till Lavanya is served with justice.”