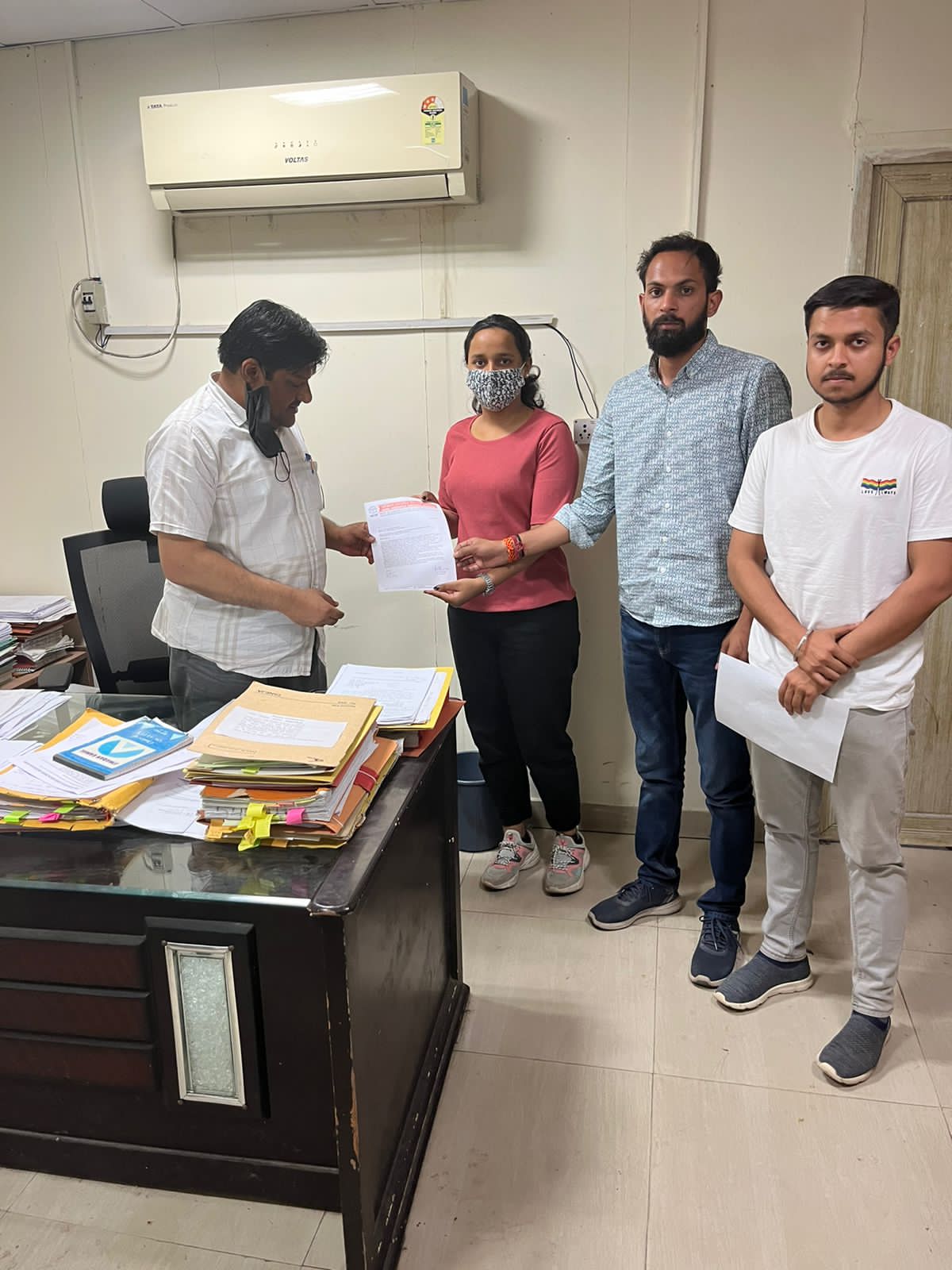 New Delhi :  Activists of Akhil Bharatiya Vidyarthi Parishad, Southern Delhi submitted a memorandum to the Executive Engineer of the Public Works Department regarding the compensation for the girl injured due to falling of slab from the bulldozer as well as other problems related to the under construction sites. They asked concerned administration officer to take the matter serious and to pursue the enquiry with depth of the matter.

It is to know that on March 23, the girl student was crossing the road in front of the under construction under-pass on Benito Juraj Marg in South Delhi, when suddenly a slab from the bulldozer fell on the girl’s leg, due to which the girl got badly injured. She was immediately admitted to a nearby hospital. The bulldozer driver fled immediately after the slab fell.

ABVP Delhi’s joint secretary Naveen Yadav said that, “Understanding the importance of this matter, today we met the injured student and for better treatment of the girl student met the Executive Engineer of the Public Works Department and submitted as well. We have submitted a memorandum and demanded compensation along with the proper enquiry over the matter. At the same time we demanded that the work in the under construction sites should be done with complete safety.