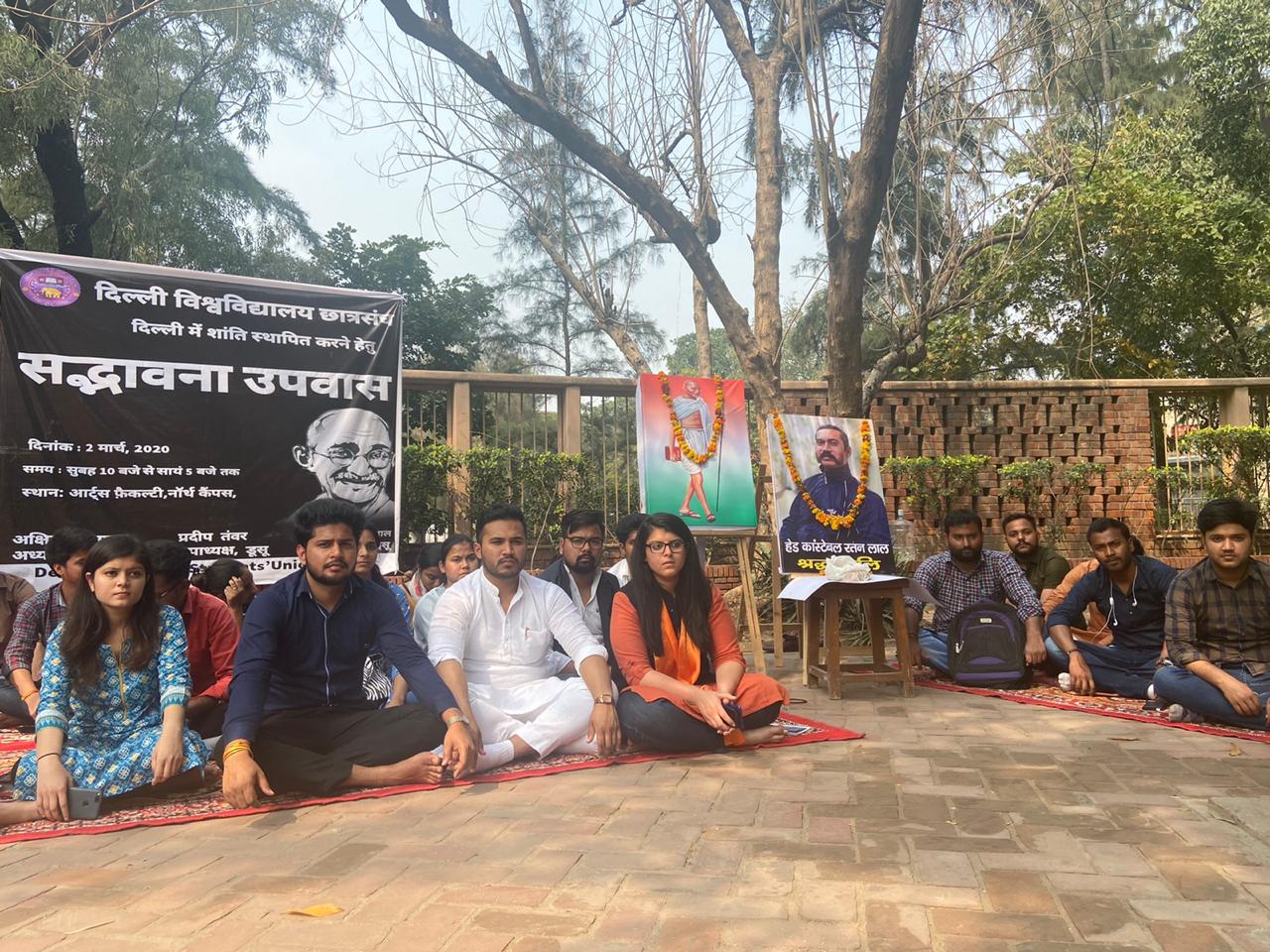 Delhi University Students’ Union observed a one day fast at the Arts Faculty, North Campus, DU, with participation from students of various DU colleges in large numbers. DUSU, through the fast, appealed that an end be put to violent agitations across the nation and that those trying to spread animosity stop propagating their evil designs and that peace and harmony be established in the society.

Students remembered the Father of Nation Mahatma Gandhi in the fast and spread the message of communal peace and harmony by singing bhajans like “Vaishno Jan to tene kahiye”. They also paid their respect to the martyrs of riot, Head Constable Ratan Lal and Ankit Sharma of IB. The program ended with students observing silence for all the victims of the riots.

Akshit Dahiya, President, DUSU and Pradeep Tanwar, Vice-president, DUSU, said “The hatred being spread by anarchist forces in lieu of protests against the Citizenship Amendment Act and the violence being perpetrated by politicians in their bid to assert power by spreading misinformation in unfortunate. The myths and falsehoods being spread need to be dispelled. Dissent and the right to dissent is an important part of our democratic setup, and all differences can and must be dealt with under the Constitutional structure of this nation.”

Shivangi Kharwal, Joint-Secretary, DUSU, said, “Violence is never a solution to any problem. We are the torch bearers of a nation shaped by the ideals of world leaders Gandhi and Ambedkar. The violence that has erupted in Delhi has affected educational activities and concentrated efforts need to be made to restore normalcy at the earliest. The energies of the youth of this nation needs to be channelized towards constructive work that leads us into a better future. The divisive forces active across campuses need to be marked and stopped.”