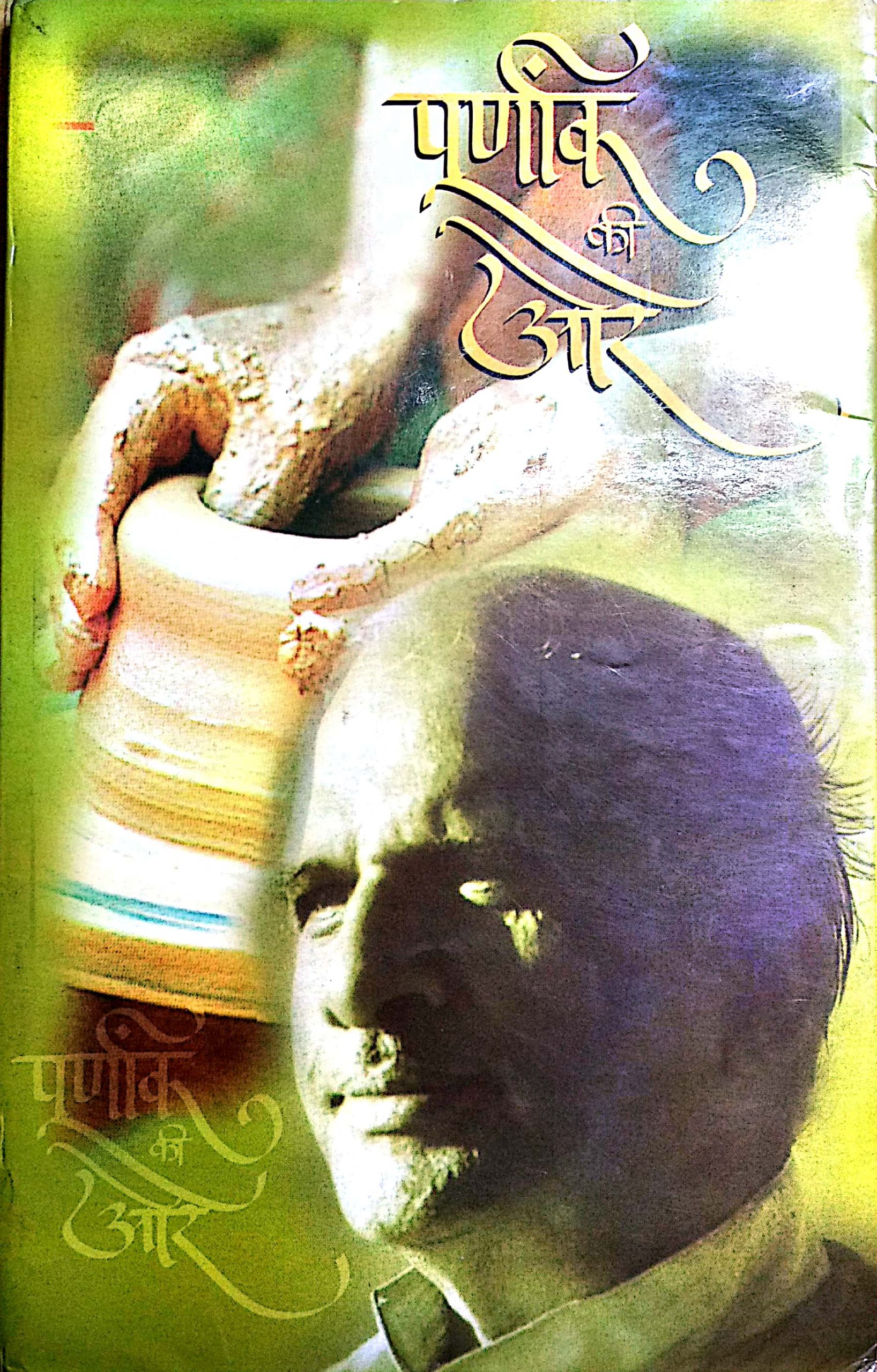 Following the divine abode of the father of ABVP, dignitaries of ABVP ,like late Dattopanth Tendadi ji & Late Rajju bhaiya Ji recommended for the publication of such a book that upholds the animating and inspiring incidents of the working styles of the  superhuman, Late Yeshawantrao Kelkar .Since the working styles of the Super human, was unique and the significance of his team working styles  has been  an instance forever in the history and culture of ABVP since its inception it was wholeheartedly and unconditionally decided to go for the depiction of  his towering personality.

I thank our Tripura prant sangathan mantri,Shri Jitendra Dutta ji for gifting me this worthy book and believe me, all  respected and beloved readers and karyakartas ,I have been able to completely change myself having gone through this mind-blowing book. I utterly do agree with Prof.Bal Apte, Ex.All India Prsident, ABVP that this book shows the life-making experience and makes everything clear to karyakartas for any probable situation to come while being in the mass organization.This book needs to be studied by all the karyakartas of ABVP irrespective of grades or responsibility.

This book only describes the thorough process with enliven happenings of the father of ABVP, late Yeshawantrao Kelkar towards the development of an ardent Karyakata.

The very first publication was in Marathi language in the name of “Manus Navache Kam” which was followed by the Hindi translation in the name of “Purnank ki Aur” by publisher; Archana Prakashana and the English translation in the style of TOWARDS ‘’MAN’’MAKING published by Sahitya Sindhu Prakashana of Bengaluru.This long awaited book is available at just 120 rupees in almost all leading book-outlets and in the RSS and ABVP-Karyalayas  since without this book it’s tough to train Karyakartas for all-round  developments.

Towards “man” making is the process of gradual enfoldment of every karyakartas’s development from incompleteness to completeness. This is also a collective effort of devoted karyakartas to bring completeness in the organization. He had given extraordinary & unprecedented importance to the foundation stone of an organization. Since the publication of this Book there has always been dearth of this esteemed book compared to its spontaneous deamand.

I must not forget to mention here that, through his selfless simplicity, inmate affection, loving nature, whoever came across his prevailing touch, all devoted Karyakartas started respecting & loving him and yes; also they  felt like finding the appropriate person to share with him the sorrows and difficulties.

Yeshawantrao used to listen to karyakartas very carefully and used to describe this solutions or further process in simple words for which he was adored by all –aged- karyakartas and almost everybody used to accept his as a true friend in the whole family of ABVP. In this juncture; I do remember his very virtual and heart touching dialogue, that it is a crime if someone wants to talk to us and we say that there is no time. He spent most of his time to meet and listen carefully to all individuals. Indeed, He had a towering personality.

Yeshawantrao was born at Pandharpur of Sholapur district on 25th April of 1925.Since childhood, he was famous for being pleasant, hardworking, kind and intelligent .He was astonishingly talented so was an endeared one among the teachers .He had a hobby of reading books. At the college life Yeshawantrao joined RSS through ‘Ramdas’ Sakha in the year 1941. He worked as Sangh Pracharak in 1947 and then gradually as the process goes he served foe society as Pracharak for to Pune. In 1952 itself Yeshwantarao was endorsed with the responsibility of Karyalaya of Bharatiya Jana Sangh.

Among all hardships he completed MA in English Literature & got instant Job of a Lecturer & in 1956 he joined National College in Bandra as professor. He got the responsibility of Mumbai Mahanagar Bouddhik Pramukh in RSS.

He took up ABVP responsibility in 1959 as per RSS guidance. That still considers as the golden period for ABVP. Since then the effective activities to bring up the ABVP to national level was at full swing and under his super guidance, the very first diary of ABVP was published in the year of 1961and in the same year Maharashtra state ABVP was officially launched in the state conference itself.

In 1967 Yeshawantrao was elected as the national president .In his tenure, i.e. in between 1967 to 1970 Yeshawantrao himself took the initiative for membership drive, regular meeting, students’ felicitation and lot of student-encouraging programmes to boost up the image of ABVP in the national level. In his persistence, ABVP could celebrate the Silver Jubilee in 1974.

But unfortunately, there was emergency declared in 1975 throughout the country and ABVP started Satyagraha against this and consequentially Yeshawantarao was arrested &jailed for 19months.Even being in jail, his innovation didn’t stop. He organized committee and staged different organizational programmes there among the inmates to inspire and motivate them.

The second golden era in the history of ABVP repeated in 1977 the starting of editing a monthly ‘Manogot” on being released from jail.

And most importantly; in 1977-1978; ABVP started “Chhatra Shakti”a monthly under his enthusiasm and dedication.

Throughout his tireless activities for organization he started generating some physical issues which started aggravating and getting retired from his service in 1985 he got into serious health issues. Amidst all, Yeshawantrao Kelkar was given responsibility of Maharashtra Prant Bouddhik Pramukh of RSS and was set free from all concerns of ABVP.

His persistent health issues eventually bent him down to succumb in 1987.

Maestro and landmark leader Yeshawantrao’s lifestyle taught us that social workers having permanent responsibilities in an organization should be very logical, justified, modest with honesty be that a matter of  spending money, or interacting with any other Karyakartas or any social identities.

His philosophy, principles and ideology should be always practiced in all the RSS and ABVP Karyakartas  and abhyas (Practiice) for  self development and development of the radical culture of Karyakartas forever.We strongly believe these will help produce many Yeshawantrao years after years TOWARDS “MAN” MAKING process.