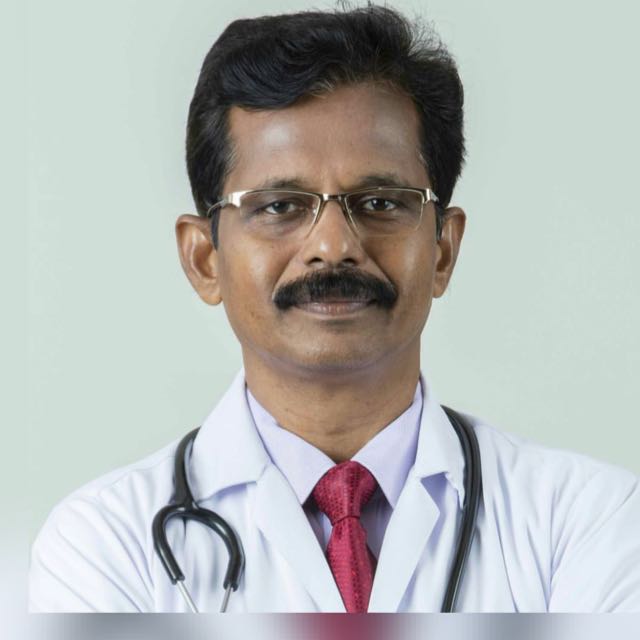 In mid-February, I was busy with my surgical oncology work when I heard about this pandemic. It was only limited to China at that time. Some people were calling it as ‘CHINA VIRUS’ or Virus from Wuhan because it has originated from Wuhan, China. After it has spread in later part of the world, WHO declared it as pandemic and give it official name COVID-19. Initially, I too was believing like many others that the virus will not sweep our country away, if not touching it. I was planning a European tour with my family in early April. But my daughter who lives in the USA started ringing the alarm bells aloud and made the hesitant travel agent cancel our tour. Even though I got a voucher for the money I paid which can be used in future but I am not sure whether I can use it ever soon. I know many people in our country have the same predicament.

My optimism for our country was shattered for many reasons, many experts were confused initially when an Islamic activist succumbed to Corona at Madurai, down south in the country, without any travel history. Tablighi participants have gone to nook and corners of the country, like remote Tamilnadu rural areas of Thengaipattinam, Ottanchathiram, Sirkazhi etc. I came to know that some part of the Muslim population has been brainwashed to such an extent, they refused to consider even the medical suggestion to be careful. Probably radical Islam is one factor that has partly refused the success we deserved in our fight against #Covid19. But at the same time (criminalisation of Markaz like events and) stigmatization of the Muslim community was wrong. It also had exerted negative influence on the society. As usual political parties are busy in appeasement and making political comments instead of educating them.

Our hope was further eroded by fleeing, unfortunate migrant labourers and careless operations of wholesale markets which are grossly flouting safety norms. The centuries-long corrupt rule in the country made migrant workers not to believe sincere assurances of the present Government and the system.

From mid of 2nd and the start of 3rd lockdown, when the lockdown was operational, migrant workers have lost their last hope and patience and started to walk towards their native place. Some migrant labours have started their journey even from Kovilpatti in Tamil Nadu to Kanpur in Uttar Pradesh, carrying the infection also along with them ignorantly. Fortunately, the rock-solid Prime Minister of our country and people’s immense confidence in his ability partly saved the situation. I could see the entire country swaying to his tunes, be it clapping hands to encourage warriors or lighting up lamps. Even Chief Ministers belonging to opposition parties fell in line. India has the inherent strength to fight against such epidemics. It is in our blood.

I was surprised to see that young students, particularly workers of Akhil Bharatiya Vidyarthi Parishad (ABVP), of which I am National President, were eager to go out for helping the society and were doing the same too from day one. Lakhs of volunteers in thousands of places were distributing crores of food packets. I was thinking that the epidemic is a blessing in disguise because I will be spared from undertaking rigorous organisational tours during the lockdown period and I can contribute towards more on my personal and professional commitment. I can’t say I was happy because I loved my organisation equally like my profession & family. I was associated with ABVP for more than three decades. It was God’s gift that I was able to do justice to both my profession & organisation all along. During the epidemic, and lockdown to contain it, I thought initially that I need not strain a lot in reading non-academic subjects & preparing speeches, as I was doing till late January. But my friends in ABVP threw a surprise on me by organising a lot of lecture series on FB live throughout the country & I was forced to prepare a lot and deliver lectures bilingually (Hindi & Tamil) many a time. When I saw how rapidly ABVP and it’s workers were adapting to the pandemic situation with its lockdown rules, I understood how ABVP is vibrant through seven decades with it’s National Reconstruction activities in the educational field. Organizing online meeting and online launch of welfare activities are equally interesting and intriguing.

There was pressure from my family members not to go to Government hospital where I work because they are afraid about my safety and themselves too. But I could not resist towards my professional commitment. It may be just a coincidence that my 75th scientific publication was achieved midway through the pandemic. Even though we evolved a custom-made protocol for how to go ahead safely in delivering cancer care, not in variance with international guidelines, I couldn’t prevent Corona preying on some of my colleagues. In mid-May, I was hearing the movements of #Corona around me for the previous 2 weeks, heard it knocking my door on 16th May when I came to know that one of my resident doctors was officially declared positive for infection. Two of them were symptomatic for a week, sent away on quarantine and one was proved to be positive. Personally, I believe & resorte to herbal decoctions with traditional Indian herbs which included Ocimum tenuiflorum (துளசி), Solanum procumbens (தூதுவளை), Justicia adhatoda (ஆடாதொடை), Plectranthus amoinicus (கற்பூவல்லி) daily along with honey. a lot of hot water & lemon, to escape from Corona infection because a definite answer in allopathy stream will take some time to take proper shape through clinical trials. I also resorted to Surya Namaskar, which I leant in RSS Shakha during student days, under morning sunlight along with physical exercises daily, hoping to improve my lung reserve. (கடந்த இரு வாரங்களாக என்னைச் சுற்றி வந்த கோரோன இன்று என் வாயில் கதவைத் தட்டிச் சென்றது. நான் குடிக்கின்ற மூலிகைச் சாறுகள், தினசரி செய்கின்ற சூர்ய நமஸ்காரம் மற்றும் உடற்பயிற்சிகள் கோரோனா என்னை அண்ட விடாது என மனமார நம்புகிறேன்).

I believe, with the strength thus I got, I could attend my poor cancer patients without availing even a single day of leave for myself while allowing permissible leave & quarantine liberally for my subordinates & students. I could arrange a lot of resources in the form of protective PPEs and masks for my team operating on cancer patients through my RSS and ABVP friends until the regular supply chain was established by Government authorities. When I saw Mr. Sekar, a philanthropist taking care of the housekeeping aspect of our 250 bedded centre through his trust Viswajayam Foundation for several years, arranging food for 1000 patients & their relatives, braving the hurdles of lockdown, I was convinced that all is not lost for this country.

But I know, a lot of issues are still to be resolved in our country. One such issue is that the doubt over the under-reporting of infection and deaths in some of the areas which are not giving the good indication for the prevention of this pandemics.

Three are some genuine concern of the medical practitioners who are on the grounds. Some people are complaining that Doctors were discouraged to do the test on people who were either brought sick to die within hours or a day and this has led to under-reporting the Corona deaths. This issue should be examined properly so that doctors can work fearlessly.

It can be suggested that actual COVID-19 deaths can be indirectly calculated by deducting the number of registered deaths in the corresponding period of last year from the number of deaths due to any cause during the pandemic period this year, after adjusting population growth over one year, may reflect roughly Corona pandemic related deaths.

Unfortunately, some young graduates were pressed into epidemic activities without time for mental preparation. It is natural because the epidemic will not arrive with prior information for us to plan. But suspicious death of a young medical trainee of one of the city medical colleges points to the stress caused by their premature exposure in such activities. This shows our weak medical preparedness w.r.t. trained manpower to tackle such crisis.

Tales of ignorant masses pelting stones at the body of doctor who died in fighting the epidemic and preventing their decent burial was depressing.

Still we are hearing some rumours about the corruption and some people hording the essential items are really depressing but these not present entire India. Many people from various quarters are volunteering for the relief work. Many people are donating their life saving. One of our activists has donated her saving which she saved for her marriage. No doubt we are facing some obstacles but we have many people who are working selflessly for the motherland.

This is time when entire nation should work for the Bharat Mata but still some politicians and political parties are making political comments but they are few and they have lost their relevance. People know these politicians so instead of reacting on it, we should ignore them.

The decrease in positive ratio out of the total number of tests conducted and increase in asymptomatic infection may be because of vigorous screening of non-COVID patients and their relatives before admission for other reasons in the private sector. Ironically in COVID19India, infected people are paying more than routine in private sector hospitals because they are infected and those who are not infected are also paying more because they should prove before admission that they are not infected. Of course, the death rate is less in India, but not so less as being reported, because many people who died in ICU of various hospitals and those brought dead were not tested for Covid19. Our priority and expenditure were inverted pyramid, with more money spent to establish solid tertiary care, in comparison to primary care & prevention. This has been exposed by #Covid19. There is a long way to go, the peak is likely to occur sometime later and let us recall the lessons our ancestors taught us. ‘दरिद्र नारायणो भव’ was the famous quote of Swami Vivekananda. #COVID19 pandemic reminds us of the teachings of our great ancestors which we have neglected to our peril. We should bother about the deprived people around us because their wellbeing will have implications for us. We can’t expect to be safe in isolation of #lockdownindia in eternity because it is going to end soon. But I am confident that our society will fight and defeat this virus, I have full faith on the spirit of our people who are working hard 24*7 to defeat the virus.