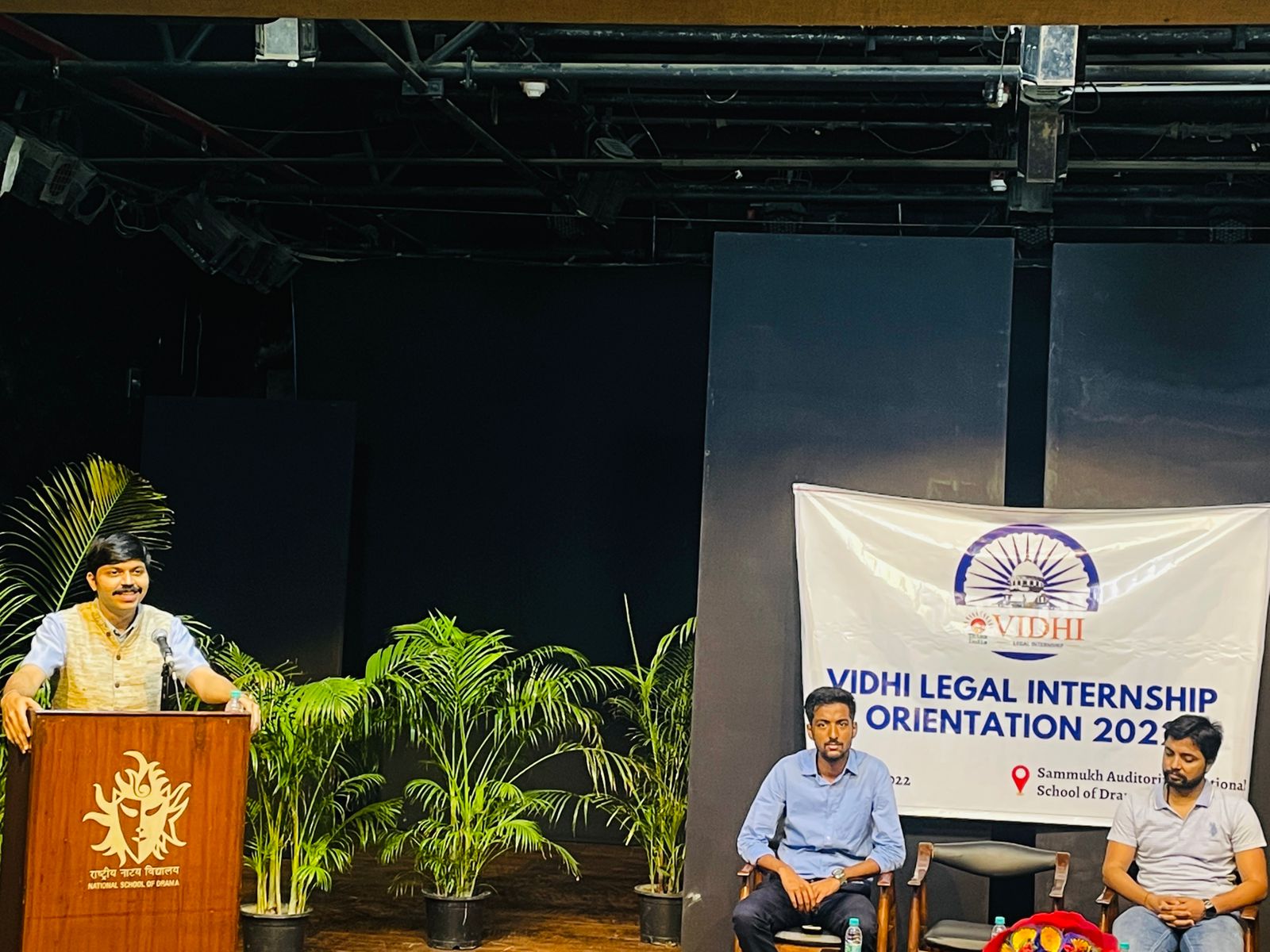 Think India organized an orientation session for the interns of July Batch as a part of its flagship legal Internship program named VIDHI on July 3, 2022 at Sammukh Auditorium, National School of Drama, New Delhi. The event was graced with the esteemed presence of  Namit Saxena, Advocate on Record, Supreme Court of India as the chief guest of the orientation program. He gave his valuable insights on the topic ‘Litigation: A Changemaker’s Choice’ wherein, he urged the young and dynamic law students to opt for litigation as a career option. He also said that students of law should be socially aware and must strive towards excelling in all walks of life. He also remarked that there’s no place for shyness in the legal profession and fresh graduates or student interns shouldn’t be hesitant in approaching people. In the later half of the session, he also answered the questions put forth by the attendees.

The event witnessed an enthusiastic participation of law students from different National Law Universities and other premiere law schools of the country. Think India also launched its flagship International Law Internship at the office of Dr. Aniruddha Rajput, Ex- Member, International Law Commission (2017-21) during the event.